Τό 1447 βρέθηκε στην Μάνη ο περιηγητής Κυριάκος από Ανγκώνα,τό ότι πέρασε και φιλοξενηθηκε στήν Καρυούπολη δείχνει τό μέγεθος και την σημασία τής πόλης για τούς Παλαιολόγους.Τμηματα τής περιγραφής του παρατίθενται σε μετάφραση από τα Λατινικά στά Αγγλικά από τόν καθηγητή Bodnar του πανεπιστημιου Georgetown :
[the peninsula of Tainaron. “Pylos” i.e. Bitylos]
22
On the 15th of October, directing my course from Corone to the noteworthy Laconian promontory of Tainaron in order to see other noteworthy remnants of Laconian and Messenian antiquity.
I embarked before daylight on a small boat captained by Johannes Rosea, a higly skilled sailor from Tainaron, and having crossed the Messenian Gulf before the sun reached the sixth circle of heaven, we came to Messenian Pylos, which is mentioned by several authors to have been the memorable fatherland of long-lived Nestor, olthough, we noticed, Strabo decided that the Pylos called emathoeis by Homer was in Triphylia.
23

For there are still elegant remmants of the city approximately a hundred stadia from the very tip of the Tainaro peninsula; and no more than five stadia from the shore we saw a citadel built by later inhabitants out of [materials taken from] ancient buildings, where I found John Palaiologos, governor for the Spart6an prince Contantine. Received ceremoniously by him, we inspected under his guidance the extant part, made up of ancient walls, in a field, where we found this sculpted inscription to our emperor Gordianus, in which it is evident that Pylos was called Bitylos by later inhabitants, as Strabo testifies.
The city of Bitylos, through the overseers headed by Markos Aurelios Nikephoros son of Prosdectos,[honored] Emperor Markus Aurelius Gordianus Pious Fortunate Augustus
24
We also saw there huge cisterns carved our by an ancient hand and many noble sarcophagi adorned with sculpture and some remarkable rocks.

[local customs described]
45
And when on my journey I hand viewed witch pleasure a lovely valley green in every direction with close packed vineyards and trees and pleasant meadows, and utterly tranquil, the locals showed me a place bounded by natural stones where every year the youths who live in the immediate vicinity engage by ancient custom in a competition, for which their prince provides the prizes, which they also call the androdromon pentastadion; that is, they compete in a men’s footrace over a distance of five stadia, which they run barefoot, mind you, and dressed only in a linen undertunic; and whoever runs more swiftly and comes in first is given ten bronze drachmas, which they call hyperpera the second [is given] five; the third, three; and after that, all the others, in order of finishing , a little cash or a quantity of Hyrcanian meat, so that none of the athletes will have gone away unrewarded, except that the prince at once rewards the one who comes in last and makes him an object of popular ridicule with the gift of an onion.
46
And indeed we came to know that the people in these places observe an ancient practice in a variety of ways, for they all build their houses in the countryside with great polygonal stones put together according to an ancient technique; and, digging out cisterns by hand, each in a long line, they protect them with huge, sevenfoot rocks; and we discovered that they somehow preserve an ancient manner of speaking, for they say that their dead, no matter what their religion was, have gone off “Hades”, that is, to the lower world. Also, their meals consist of snapped beans seasoned generously with oil, and their loaves are made from barley; their drink, however, is water. Wine they drink rarely, except on joyful festival days and on celebratory occasions that call for eulogistic oratory.

[Karopolis]
49
Moving on from Amathea, we came to Karopolis, a village of the ancient city of Asine, where we found Solianos, son of George the stratopedarhes the administrator for the despot Constantine, who received me quite properly and led me the next day to the ruined city of Asine on the shore of the Laconic Gulf. There one sees few remnants with recording of such a great city, other than some huge brick remains of the baths and the place the populace calls, the “vaults” because of some surviving arches. Also along the shore, some marble columns and other fragments of ancient structures survive. But since we found no inscriptions, we departed from the site and left behind [ruins] not worthwhile enough to record. 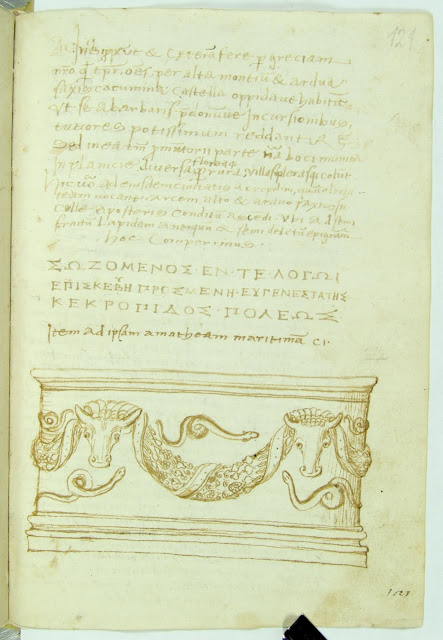 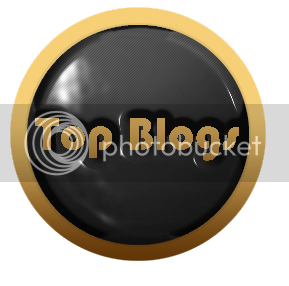 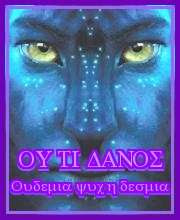